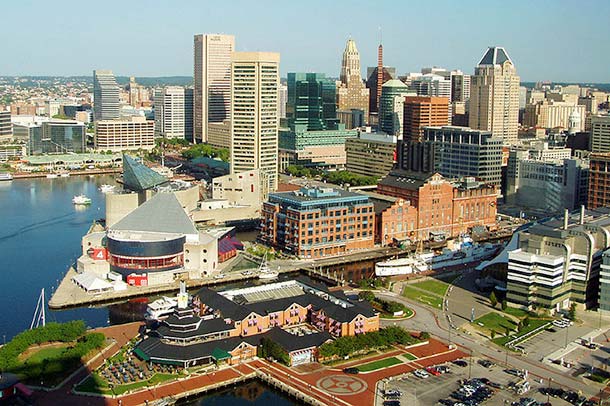 Founded in 1729, Baltimore was once the second leading port of entry for immigrants to the United States. As a true melting pot, the styles and construction of Baltimore’s chimneys greatly varies and was no doubt influenced by the European cultures and techniques of its immigrants. On February 7, 1904, the Great Baltimore Fire destroyed over 1,500 buildings in 30 hours, leaving more than 70 blocks of the downtown area burned to the ground. 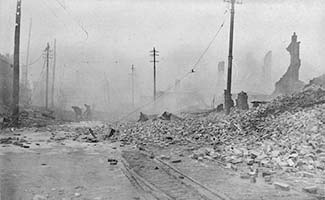 New fire and building codes were implemented shortly thereafter, and a switch from wood-powered fireplaces to coal and oil-fired furnaces followed. Many wood-burning fireplaces were bricked up, whereas others were converted to flues for new furnaces. Whether your Baltimore chimney is functional or decorative, regular cleanings and inspections are a must if you want to maintain safety for your home and family.

Fire-Safe Chimney Sweeps specializes in cleaning, repairing, and inspecting Baltimore flues and fireplaces. If your furnace is oil-burning, you need to be especially proactive. Modern oil-burning technology can be quite efficient, but flues still need routine maintenance. A sooty flue can lead to flue fires, poor indoor air quality, and even carbon monoxide poisoning due to inadequate drafting up the flue. Don’t delay… call 1-800-833-3250 today! Fire-Safe Chimney Sweeps cleans and repairs flues, fireplaces, and chimneys all over the Greater Baltimore area.

Many homes in the Baltimore metro area sustained damage to their chimneys during the August 23, 2011 earthquake, and much of that damage has still not been discovered. As confirmed in local news reports, professional chimney inspectors have found evidence of earthquake damage including cracked flues and separated mortar which pose severe fire and carbon monoxide hazards (by allowing toxic flue gas to escape into the home). Unfortunately, the older your chimney, the more likely it is to have sustained damages. With our Master Stone Mason-owner, Fire-Safe Chimney Sweeps can not only diagnose, but also professionally repair any damage to your Baltimore chimney caused by earthquakes.

We service chimneys, wood burning stoves, and fireplaces all over Baltimore and surrounding areas, including but not limited to:

Whether you’re from North, South, East, or West Baltimore, Fire-Safe Chimney Sweeps has got you covered. We clean and repair flues, fireplaces, and chimneys all over the Greater Baltimore area. To schedule an appointment, please call 1-800-833-3250 or use our Service Request form.