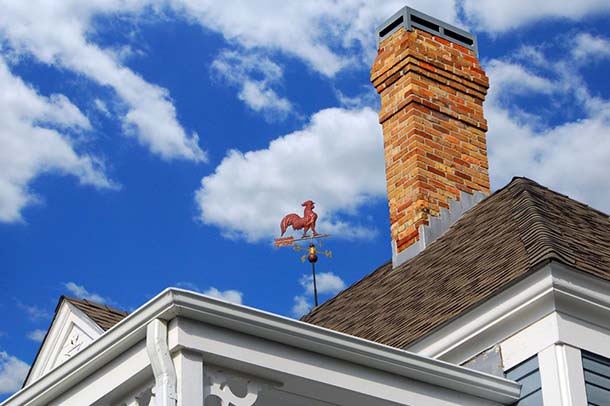 As northern Anne Arundel County’s oldest, full-service chimney firm, Fire-Safe Chimney Sweeps is a local Millersville chimney sweep. From annual cleanings and inspections to major masonry repairs, we’ll make sure that your fireplace is safe to use year after year. We are local, Anne Arundel County residents who have lived and operated in the community for over 75 years. When it comes to chimneys in your single family home, town home, condo or apartment, there is no more experienced chimney firm than Fire-Safe. To request service, just give us a call or use our Service Request form.

Need a patio or walkway? The stone masons at Fire-Safe Chimney Sweeps can really make an entrance!

Fire-Safe Chimney Sweeps specializes in cleaning, repairing, and inspecting Millersville fireplaces, chimneys and flues. Whether you use your fireplace one per year or all season long, annual inspections and cleanings are critical in maintaining your family’s safety (learn why). Don’t delay… call 410-360-8460 today! Fire-Safe Chimney Sweeps cleans and repairs chimneys, wood burning stoves, and fireplaces all over Millersville and Anne Arundel County, including but not limited to:

Millersville was first settled when land patents were issued for the area near the end of the 17th century. Named for the first Postmaster, George Miller, Millersville features the first Post Office to be established along the Annapolis & Elkridge Railroad (the A & E). Completed in 1840, the A & E was one of the earliest rail lines in the U.S, connecting Annapolis with the Washington Branch of the Baltimore and Ohio Railroad. Other notable older buildings include Bunker Hill (circa 1820) and Historic Baldwin Hall (circa 1861). Today, Millersville is still a small crossroads village, surrounded by modern residential and industrial park development. The Childs Residence, also known as the George Miller Residence and Millersville Store and Post Office, is an historic home circa 1840. It served as the dwelling of the first Postmaster in Millersville, and is noteworthy for having continuously served as the Post Office and community store for 130 years. It is now home to the Anne Arundel County Trails program. No matter how old your chimney is or how long it’s been since the last cleaning, Fire-Safe Chimney Sweeps can handle any cleaning or repairs necessary.